The white 1950 convertible Buick Roadmaster slid into one of the many available spots outside the nightclub. The man climbed out and took a fresh breath of air. He had been the same since He began, traveling with the same car, it never broke down ever since. 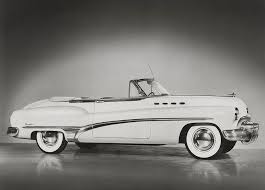 It was midnight, and the loud pop music that radiated from inside the club seemed to hurt His ears. The man wore a black fedora hat that matched His leather trench coat. He walked with steady steps towards the door where a bouncer firmly stood. The bouncer stared at Him with intimidation, but He didn’t flinch.

“Can I help you?” asked the bouncer.

“No, I’m fine, thanks.” He replied as he moved towards the door, but the bouncer blocked his way.

“We don’t allow your kind around here.”

“That is exactly the problem,” He replied, “I’m here to change that, you guys need me.”

“Deception says that you’re bad for business. I don’t think we need you.”

“Deception knows what you do. He can’t stand you.”

“I’ll only be inside for a bit. Just got something to say.” He shrugged.

The door blew open at the weight of the bouncer as he crashed inside, the door sailed into the air before crashing into the speakers, destroying the sound equipment. The reverb was deafening as Truth walked through the startled crowd. The scantily dressed women on the stage stopped dancing, and the musicians stopped the music. The strobe lights continued to shoot rays of electronic beams across the club. Truth got onto the stage.

A murmur in the crowd began to simmer, “Hey, who’s this guy? Why is He crashing our party?”

“Ladies and gentlemen, I greet you all in the Truth of all things. I greet you in the intrinsic reality of our time. For what you hold isn’t true, nor is it tangible. It is entirely counterfeit. Deception has made a living by giving you the appearance of something non-existent. You have bought pleasures and lusts that only damage your soul. What you need is the Truth, nothing else.”

Someone in the crowd shouted out, “Get this guy out of here! He’s a judgmental hypocrite. A Pharisee!” The group raged in protest. “Who are you to judge?”

Truth raised his hands, “I’m not judging. I have not given a verdict. All I have stated are facts and historical information. All I’m saying is the Truth.”

“People don’t want the truth, my enemy!” the voice echoed from the balcony that hung across the top of the club. Truth looked up to Deception; he was an oversized man with a ghastly appearance. His face radiated evil with piercing black eyes that sometimes turned red. He wore a red bowler hat that matched his scarlet trench coat. He pointed at Truth with his gloved hand, “How dare you come into my territory and tell my people what to do? You don’t belong here anymore.”

“I’m here to give these people one last chance to turn to me. I believe there is still hope. What you are selling to them isn’t going to be there forever, it will fail.”

Deception roared with laughter, “By the time anyone figures anything out, it will be already too late!”

Truth gritted His teeth. “That only means you know that I win in the end.”

The smile on Deception’s face disappeared, “I really don’t know what’s your problem, Truth. I make these people happy, I give them good music, good stories, and lessons of life. I give them a good feeling deep down as well on the outside. No one needs to feel offended by you anymore. I am the future, and you know it.”

“As far as I am concerned, you have no future, you will be soon exterminated.”

Truth turned to the crowd again, “People listen to me, this world can’t give you anything worth your soul. The pleasures can’t satisfy you either. You have to turn to what is true.”

Truth looked up at the balcony again to see Jezebel dressed in a red trench coat and a white hat. She leaned against the balustrades, stared at Truth with red eyes.

“Why am I not surprised?” Truth muttered.

Lust followed as well, and so did Heresy. Pride and Adultery appeared to find out what was going on. Idolatry and Lukewarm walked in with curiosity. They stared at Truth with hatred and anger.

“You don’t belong here,” they said in unison with an unearthly voice.

Jezebel pointed at the Truth, “People who follow me, you don’t need this man. He is here to stir up trouble and take away what God has given us. He seeks to divide us…”

“That’s not true!” protested Truth, “I’m here to warn you of the coming judgment, it will arrive soon, and you need to prepare for the Kingdom that will remain forever. Stop investing in this world, it’s going  to pass away!”

Jezebel raised her voice, “He seeks to take away what belongs to us! Rid the earth of him!”

The crowd shouted in an uproar and rushed towards Truth, who fled towards backstage, desperately trying to find a backdoor. Finding one behind the curtains, he kicked it down and escaped into the night. The crowd carried clubs and sticks as they chased after Him. They wanted to kill him.

Truth rushed around the building and made a beeline to his Buick. He jumped in, and the engine roared to life. He backed her out of the parking lot and sped to the exit. He could see the crowd chasing after him in his rearview mirror. He shook his head as he saw the sign that appeared at the entrance of the club: Church Of God